A Short-term Study Program in Three Andean Countries was Held

The FY17 short-term study program in three Andean Countries was held from February 22nd to March 14th for a total of twenty-one days. A total of eleven participants – seven from Yamagata University, two from the National Institute of Technology, Tsuruoka College, and two from the Yamagata Prefectural Yonezawa University of Nutrition Sciences – visited three South American countries. This year, visitation and training at Nikkei museum in Peru and a Japanese company in Chile were also included in the schedule.

The following are the itinerary and a photographic report.

Leaving Narita and arriving late at night on the same day at Lima, Peru via Mexico City (AEROMEXICO) 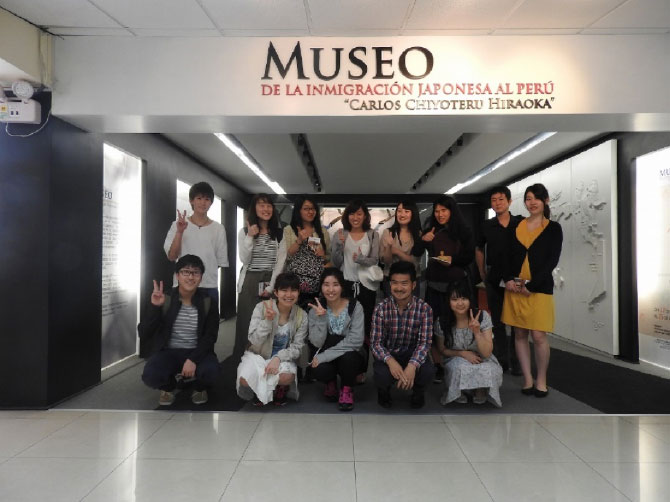 ▲After the lecture about the Nikkei Society at Catholic University, Japanese students visited the Nikkei museum. 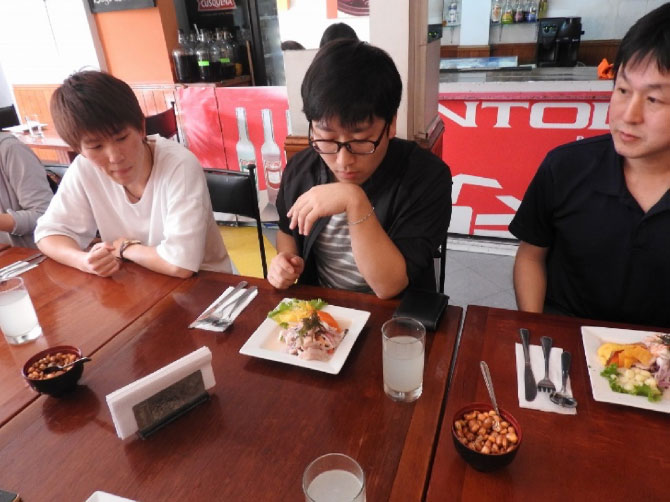 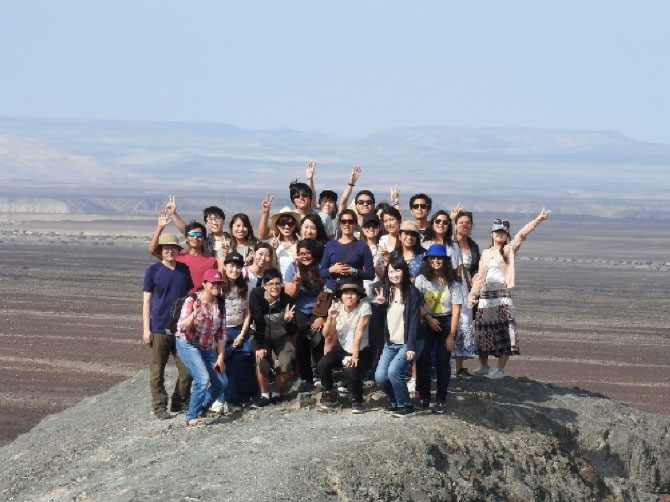 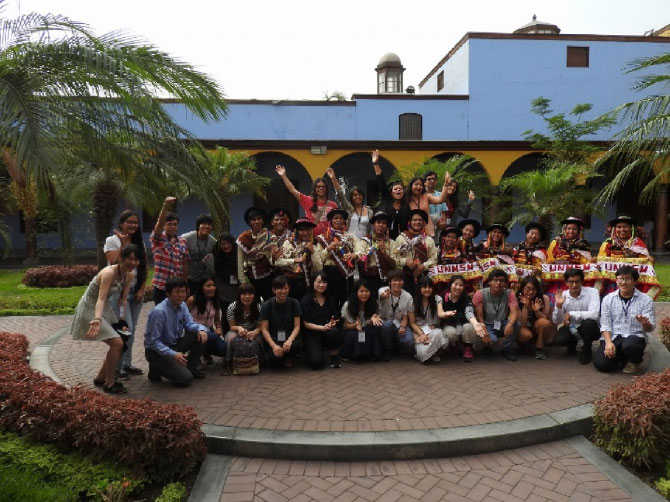 ▲The La Paz ropeway, which is the important transportation system in the hilly city ▲Lama meat dish at Oruro on the way to Uyuni 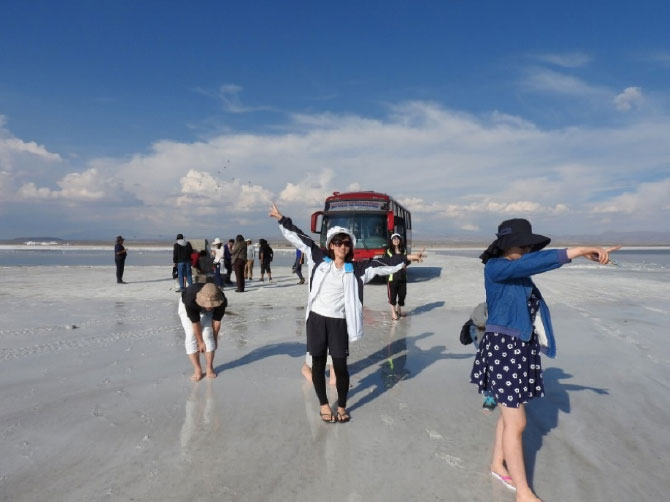 Leaving La Paz and arriving at Santiago (LATAM)
Talca – A lecture and exchange meeting at Talca University / A city tour / A dinner party at the hotel featuring dishes cooked by the students
Constitucion – A visit to Celulosa Arauco and winery
Santiago – A lecture at Sony Chile Ltda. and the National Astronomical Observatory of Japan
Leaving Santiago and arriving at Lima (LATAM) 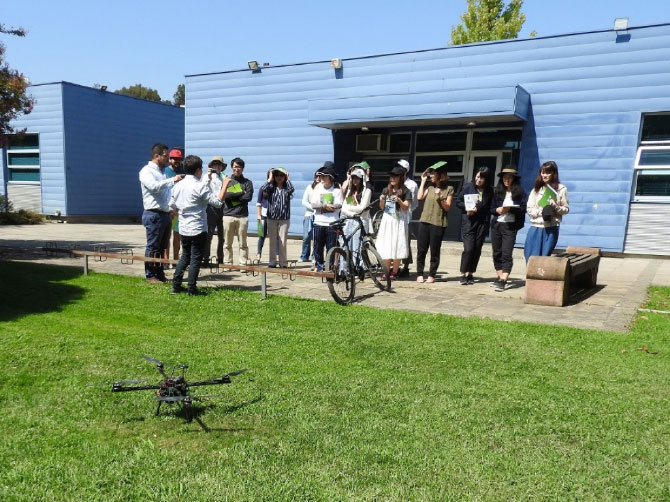 ▲Lecture and demonstration of “Drone use in agriculture” at Talca University 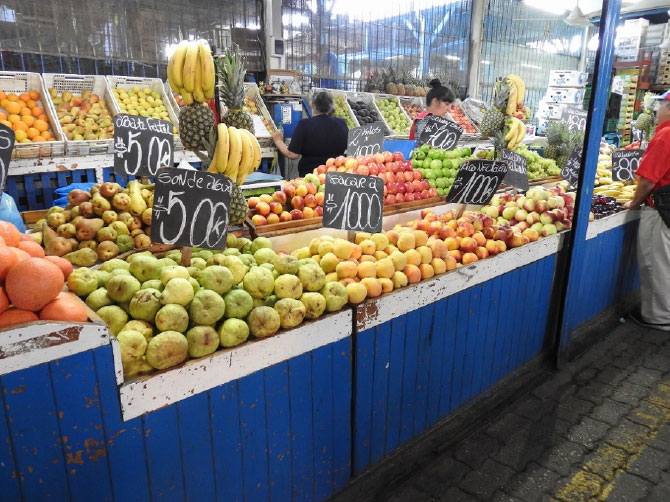 ▲Talca central market filled with a variety of fruits. The prices are very reasonable. ▲Downtown Lima, attempting to ride a Segway with the help of a policeman 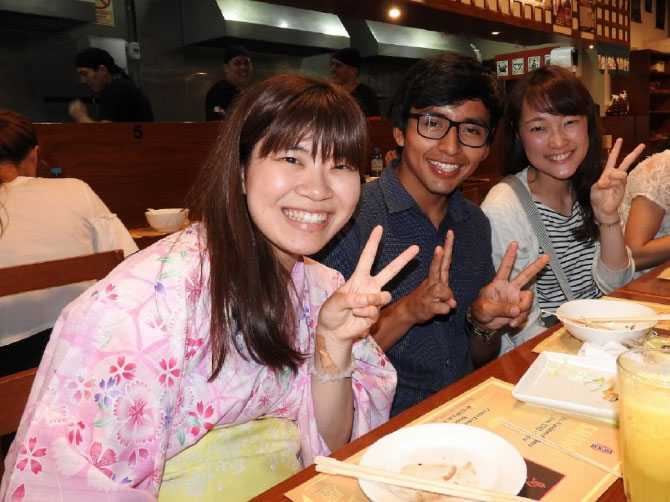 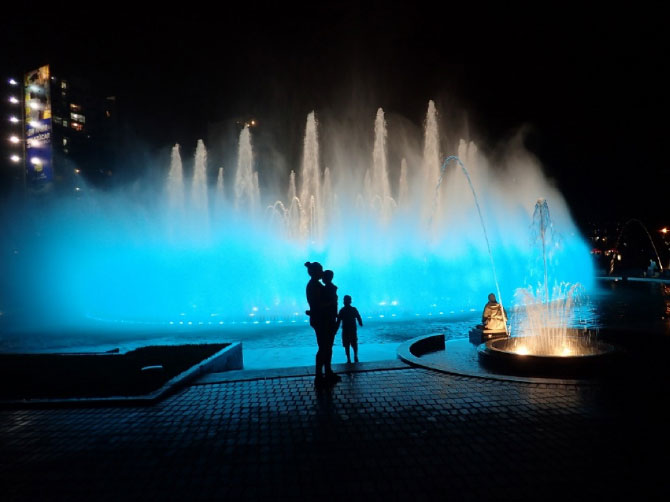