Geoglyph of “an animal sticking out the tongue”
This geoglyph of an animal was discovered in 2016 during our 8th season of field research of the Nasca Pampas in the Department of Ica, Peru. It measures 30m long and is located within the central area of the Nasca Pampas near the Majuelos gully . The depicted animal exhibits spotted markings on the body and has many legs and is therefore inferred to represent an imaginary and/or mythical creature.

Chronological positions of the geoglyph
This geoglyph was created by (1) removing surface stones of darker color to expose the underlying whitish ground and (2) piling up the removed stones to shape the animal image like a relief. This is a typical technique during the Late Paracas Period (400-200 B.C.).

Geoglyphs and pilgrimage path
In the vicinity of the above geoglyph, we discovered another one in 2011. We interpret this geoglyph, which represents a pair of anthropomorphic figures, as “a scene of decapitation”. It was created using the same technique as the geoglyph mentioned above. Because both geoglyphs were located on the slopes, they could easily be identified on the ground level. Between these two geoglyphs was found an ancient path leading to the ceremonial center of Cahuachi. We suspect that the geoglyphs were probably related to the pilgrimage to Cahuachi. 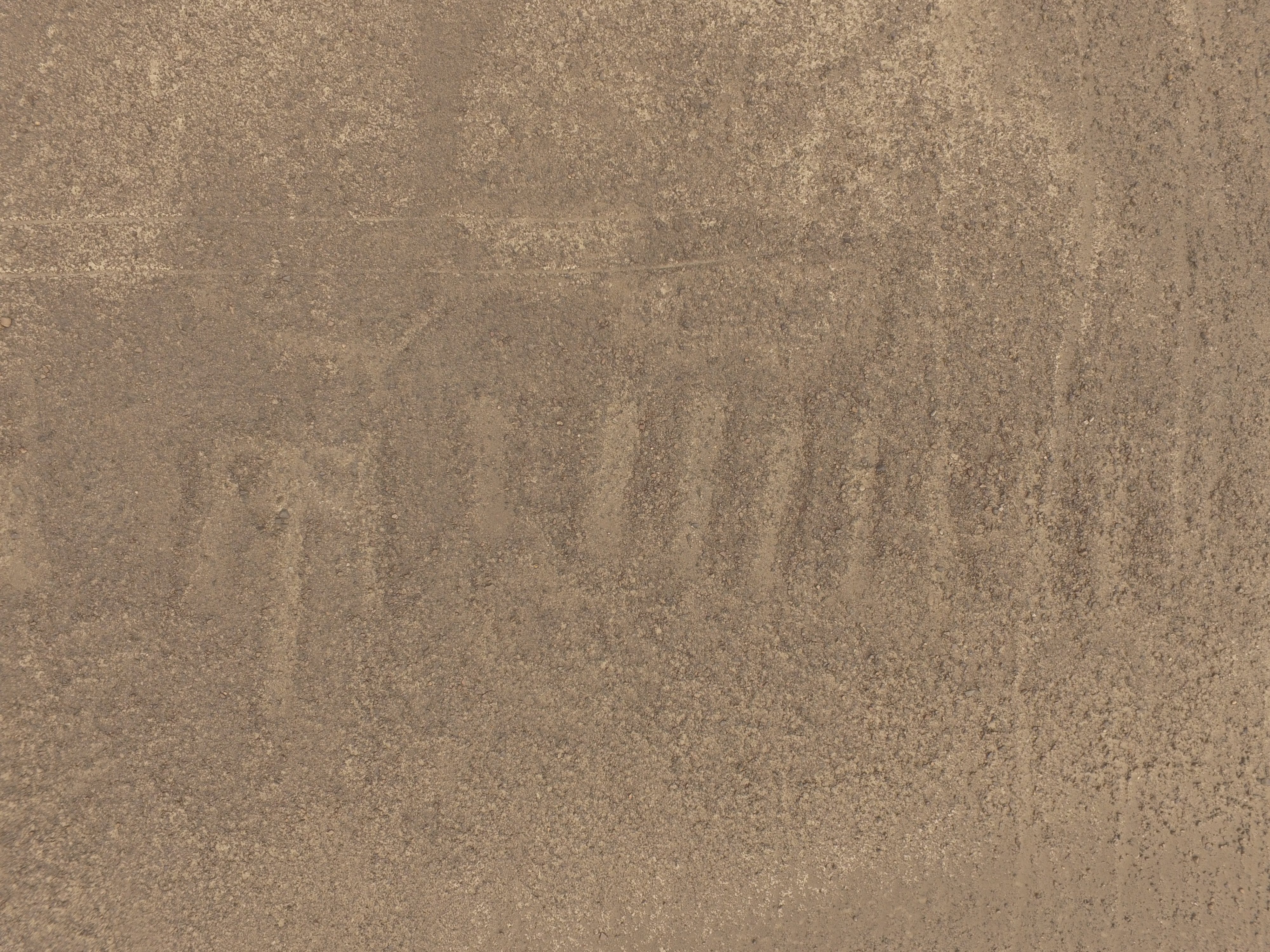 ▲Photo: Geoglyph of "an animal sticking out the tongue" 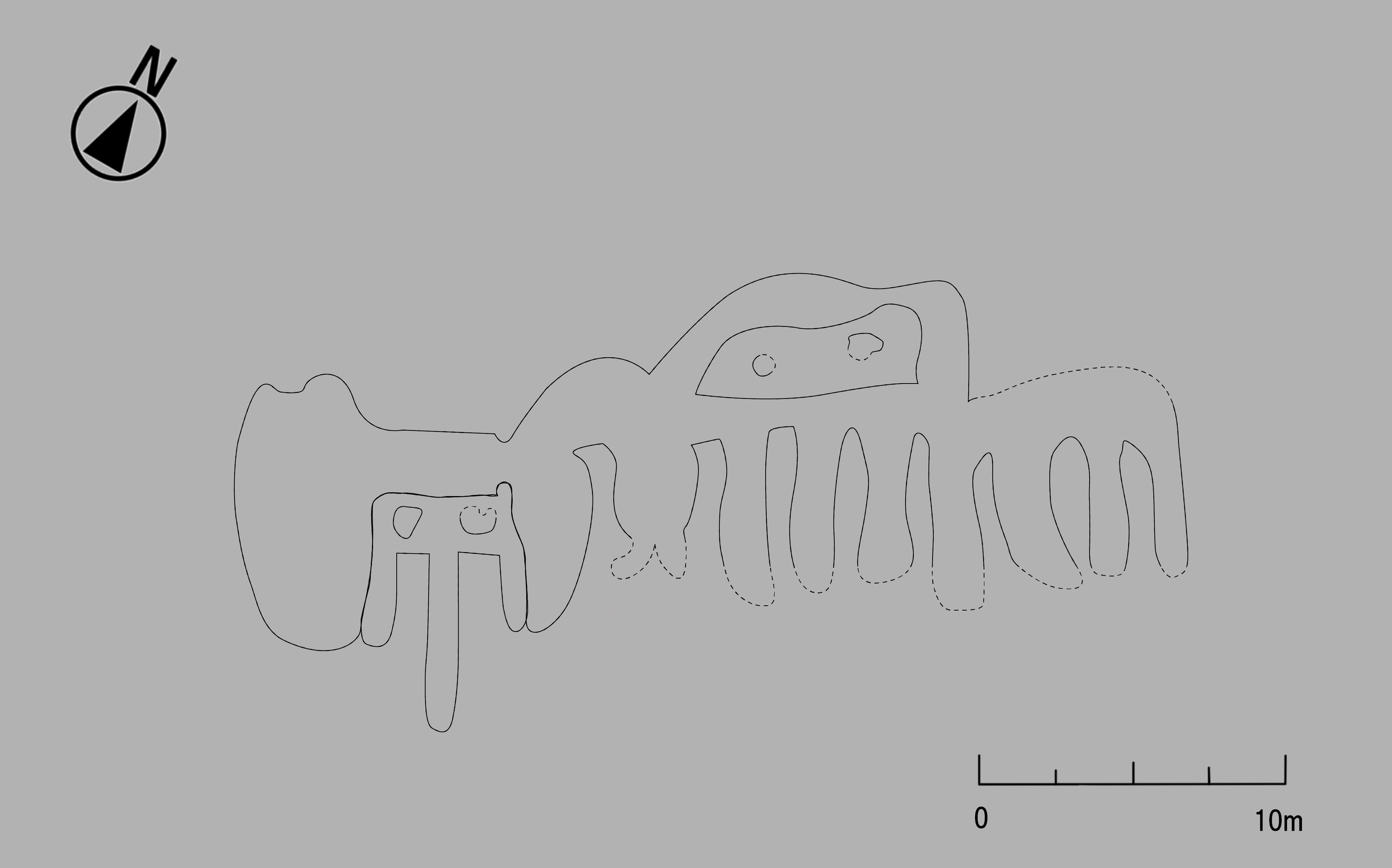 ▲Line Drawing: Geoglyph of "an animal sticking out the tongue" 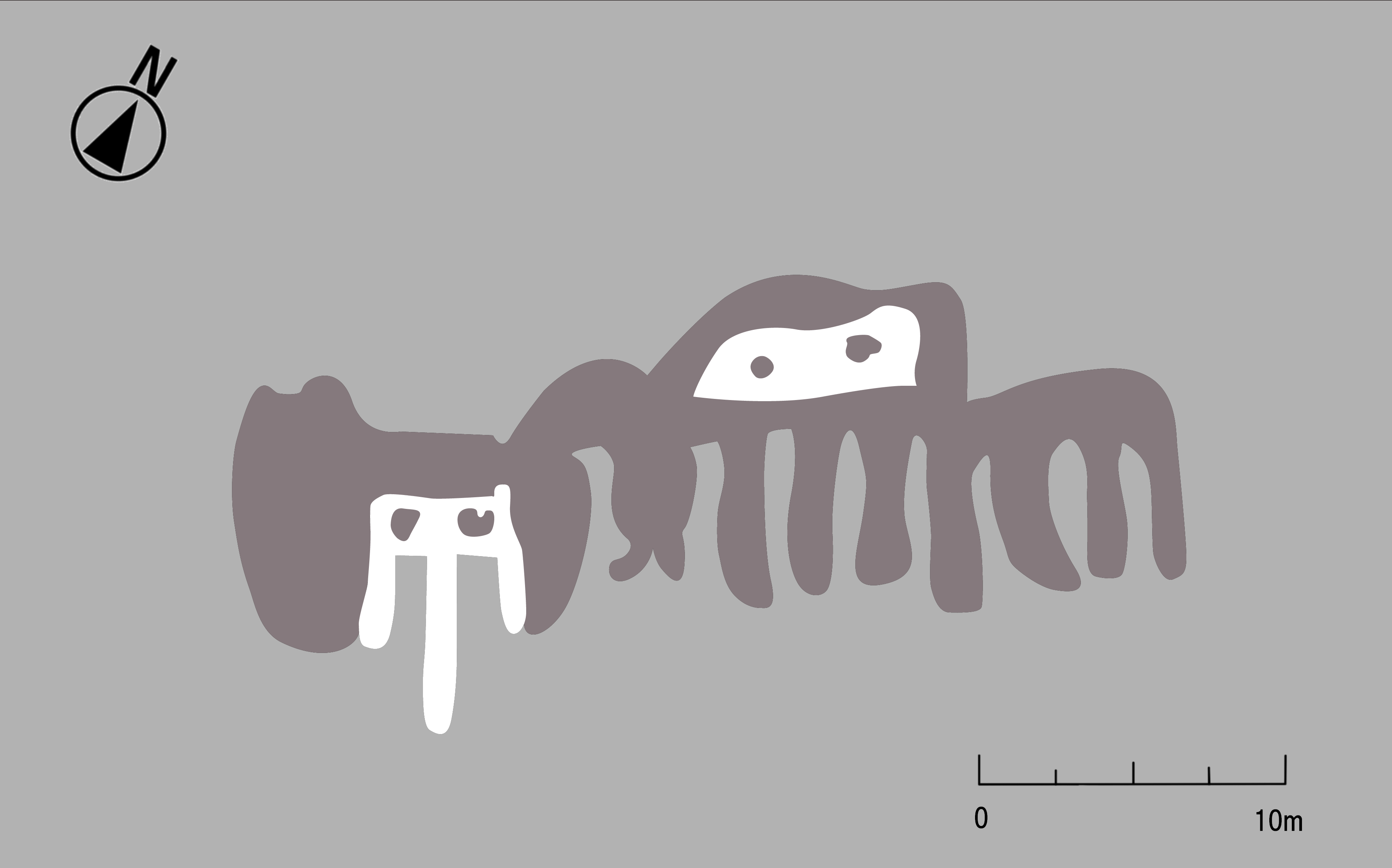 ▲Hypothetical Reconstruction: Geoglyph of "an animal sticking out the tongue”